It’s one thing to know what to eat, which exercises to do and how to do them — but it’s another thing altogether to do all this consistently.  If you have tried and failed to establish long-term, healthful habits, then you know all too well what I’m talking about. 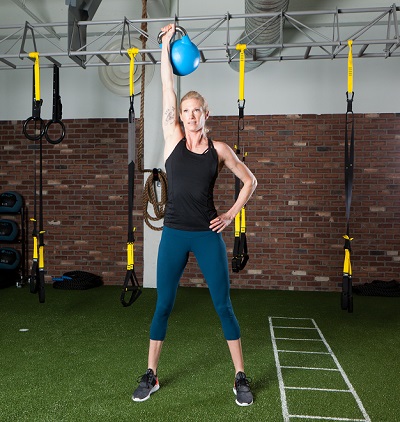 Any kind of change, even toward healthful habits, can feel stressful. Without question, your habits are more powerful than your desires or motivations; while motivation can kick-start you, it’s your habits that will power you through to the end.

The key to making successful changes is understanding that the path isn’t linear. Follow these steps to create healthy habits that will last your whole life.

The first step toward making improvements is to create some goals. Most people think goal-setting simply means choosing something to work for that they don’t have (e.g., losing 20 pounds) — but there’s more to it than that.

Saying you want to lose 20 pounds isn’t a goal; it’s a statement. Successful goal-setting is both a science and an art form. Your goal should be specific and realistic; involve both short- and long-term components; and focused on your behavior, rather than on the outcome.

2. Make them specific and measurable

Going back to our example, “losing 20 pounds” isn’t a solid goal because it doesn’t give you anything measurable or specific to work on. What’s more, scale numbers are unreliable, as your weight can fluctuate up to five pounds throughout the day based on what you’re eating.  However, simply changing your goal to “losing 20 pounds of body fat” is specific, since it refers to losing one thing — body fat — and it’s measurable, since it targets a number: 20 pounds.

3. Challenge yourself, but be realistic

4. Frame your goals around behavior, not outcomes

Make sure to set behavioral goals — those based on things you can directly control — rather than outcome goals: the end product of a series of behaviors. The sad truth? Too many people only set outcome-based goals, such as:

While these goals are specific and measurable as well as challenging and realistic, there’s one problem: They’re focused on the outcome, which is beyond your control. You can’t control your rate of fat metabolism, or force your boss to pay you more.  You can, however, focus on your behaviors.

Try these types of behavior-based goals:

In the end, if you set goals based on your behavior and things you can control, your outcome goals — such as losing that 20 pounds — will fall right in line,  without you having to worry about them. (Well, except for that $100,000 salary; I’m still working on that one, myself!)

4. Have both a short- and long-term vision

In order to achieve your challenging yet realistic goals, you must break them down into even smaller behavior-based goals. Set the smallest goals just for today, the bigger goals for next week and so on. Save your very biggest goals for later. In this way, you’ll create mile markers on the road to success.

Once you set specific goals that you’re committed to achieving, tell someone else your goals right away. If you keep your goals a secret, it’s easier to either ignore or completely forget them.  But sharing with another person helps keep you accountable; they can hold you to a higher standard, so you’re more likely to get things done.  If you’re up to the challenge, share them on social media and create your peronal online support group.

Remember, what gets measured gets managed. Set goals you can achieve, focus on small behavioral changes, share your plan with someone else — and you’ll be primed to succeed.